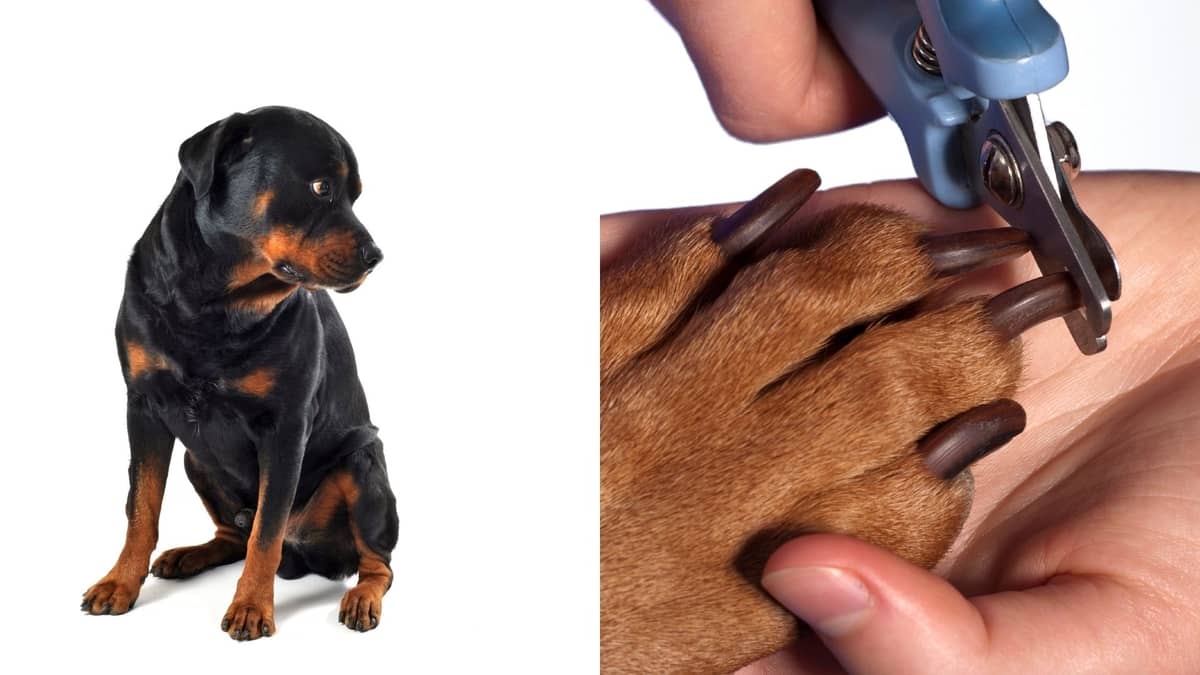 Even though some owners forget about it, cutting Rottweiler nails is actually important. From time to time, it’s necessary for you to shorten your pup’s nails in order for them to walk properly. In today’s article, we’ll be taking a look at how to cut your Rottweiler’s nails, as well as why cutting down on their nails is important. Let’s get started! 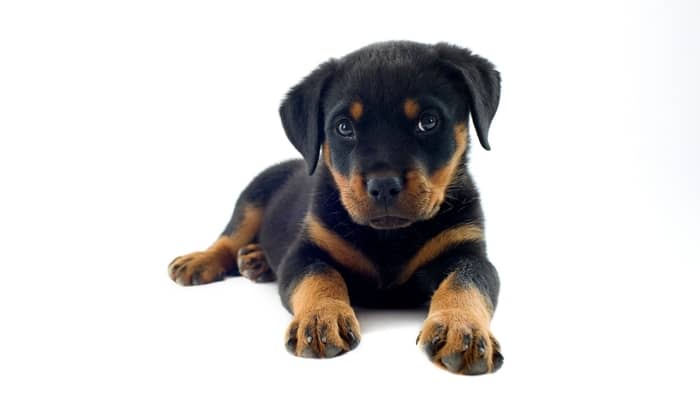 Learn more about: Why Do Dogs Have Webbed Feet?

How to Cut Rottweiler Nails?

In case you didn't know this, dogs actually have a blood vessel in their nail! This vessel is called "the quick" or "the kwik" (depending on who you ask). If you cut it while you're trimming your dog's nails, it's going to bleed and cause a lot of pain. This, aside for the fact that many owners don't know that they should trim their dog's nails, is the primary reason why so many owners don't trim their dog's nails. The quick, however, isn't lethal for your dog. If you do cut it, you're only looking at some bleeding and pain, an infection at worst, definitely nothing more than that. We're here to ensure that you don't cut your dog's blood vessel, though! When you're cutting your Rottweiler's nails, keep in mind that the dog definitely won't like this. It's likely that they'll resist the first few times until they come to the realization that there's no escape and they just have to let you do your thing. It's best to have another person holding the dog the first few times. The part of the nail that you want to cut is the dead portion of the nail - this part of the nail doesn't have a blood vessel in it and that's the part that you should cut off. The problem is - how to recognize which part is dead and which is 'alive'. Well, the tip of the nail (the dead part that you should cut off) is usually hollow. This is the part that you want to cut off. Anything more than that and you're causing a minor bleeding. Have your dog sit on the floor and lift their paws up (do it one paw by one paw). Do this with a simple clipper. Some owners prefer using a filer because the chances of you actually cutting the quick are smaller. However, you surely know that filing your nails isn't the most comfortable thing, so you can imagine why your dog won't like it.

What to Do if I Cut the Quick?

Cutting the quick will be painful for your dog, so you can count on it making it known that they're disappointed in you. It can also be a bit tricky to stop this bleeding because of the placement. However, any blood clotting agent that you can spray on the cut (you can buy these at your local vet's) should stop the bleeding and that should be enough. If you notice that it continues to bleed after a few hours, go to the vet.

Why Is Nail Clipping Important?

The answer to this question actually depends on your dog and their habits. If your dog is an outdoor type (and most Rottweilers are), their nails are most likely going to trim themselves as they wear down. This isn't the case for indoor dogs that walk around on hardwood floors all day. The thing about Rottweilers is - they're large dogs that prefer the outdoors, even when it's freezing cold. Because of this, most owners that leave their Rotties outside don't have to trim their nails - Mother Nature does it on her own. However, if your dog spends most of its time inside, you'll hear the nails when the hit the floor. This is a sign that you should cut them down, as they shouldn't be connecting with the floor. A nail that's too long can be torn off by accident. Nails that are partially or fully torn off can become the spot of a nasty wound, resulting in a nasty infection. To avoid this, it's best to shorten your dog's nails regularly. It's also possible that your vet will have to remove the nail from your dog's paw completely if it's beyond saving! Another reason why trimming your dog's nails is beneficial for you is furniture! Long nails will most likely leave marks on the floor and on the furniture, while short nails won't.

Just to defend the dog for a second – you wouldn’t like it either if someone was to cut your nails by force (imagine that you don’t understand that nails should be shortened, what clippers are, and what cutting is). It’s completely normal for your dog to protest when it comes to cutting their nails and there are probably very few dogs in history who haven’t protested.

However, your dog will get used to this after a while, so make sure that you have someone there with you during the first few clippings. There isn’t an exact tutorial for this. Tying your dog up is something you should never do because not only is it borderline torture – your dog will also never trust you again. The best way to go about this is to have someone hold the dog down and try to comfort them at the same time while you cut the nails.

Remember that this process isn’t painful, only uncomfortable and unnatural for the dog. That’s why they react so badly to it.

To sum up, when you’re cutting Rottweiler nails, make sure that you don’t cut the quick – the blood vessel going through the nail. This can cause a nasty wound. Only cut the very tip of the nail, the hollow part. The ‘how to clip nails properly’ is as important as the ‘why’. If your dog’s nails become too long, the dog won’t be able to walk around your place without leaving scratches everywhere. It’s also possible that they rip the nail out by accident!

Because of this, it’s best to shorten the nail with clippers! Your dog probably won’t like this the first few times, which is why you might need help from someone else until they get used to the process.

Read more about: When Is It Too Late To Remove Dewclaws?