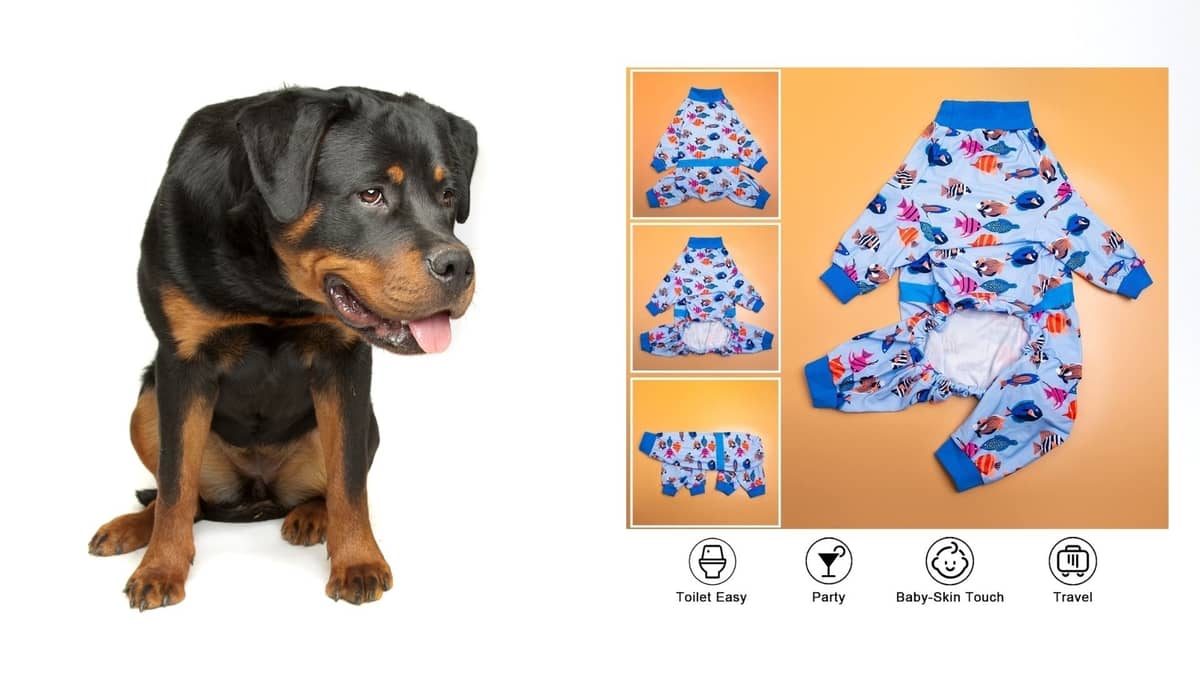 Pros and Cons Of Dog Clothes

The most obvious advantage of wearing clothes is warmth! Dogs can get cold during the winter, especially if they spend a lot of time outside. Even Rottweilers, which were actually bred in cold Germany and are accustomed to winter temperatures, can get cold during the winter. It depends on the particular temperature in your area, but it’s possible that your Rottie doesn’t like spending that much time outside.

Don’t mistake this for us saying that you should keep your Rottie inside – quite the contrary, they’re large dogs that need a lot of space and they’ll only feel anxious inside – but if the temperatures outside drop far too low, they might be cold. Many owners turn to dog clothes to keep them warm, especially when they’re sleeping.

Their body works very similarly to human bodies when it comes to temperature regulation – their temperature lowers when they’re inactive. They can get cold at night because of this, especially if they’re sleeping in a doggy house outside. Some owners install a small heating system in the doggy house, but if your dog doesn’t have this sort of high-tech home, putting a pair of sleeping pajamas might make it easier for them to spend the night.

However, it wouldn’t be smart to force clothes on them when they’re active outside. Firstly, it’ll only get in the way of whatever they’re doing (not to mention that they’ll likely rip it or destroy it in some other way). Secondly, they’ll get too hot and won’t like the feeling of it. Because of this, it will only become more difficult to put the pajamas on.

Connected intensely to our previous entry, overheating is possible when dogs wear clothes. Keep in mind that these animals were made by nature to be outside. If you let your Rottie spend a few weeks in the forest (not saying that you should), they would probably be just fine – they can handle very low temperatures. Putting clothes on them can cause them to overheat.

Because of this, it’s best not to dress up your Rottie when they’re inside. You also shouldn’t put the pajamas on them if you see that they don’t like it. If you put them on before you go to sleep only to find them ripped off somewhere in the yard – that means that your dog doesn’t like them and you should stop trying to force them on your pup.

Since dogs can’t cool down the same way humans can (they pant – they can’t sweat), clothing can be a problem. Clothes easily get in the way of air when they have to cool down.

If you start dressing your dog up from a young age, especially a Rottweiler (a dog that’s supposed to be brave and tough), they’ll learn to cower in clothing instead of solving their problem. Usually, when a Rottweiler is cold or frightened or they have some other problem – they’ll either solve it or run to you, the owner. However, teaching your Rottie to cling to clothing can backfire as your dog won’t be brave and capable of overcoming natural obstacles – they’ll become more anxious and mentally fragile.

Dogs have characteristics like cowardice, bravery, ingenuity, etc., the same way humans do. Altering the natural behavior and environment of a dog will also alter the dog’s mind. Because of this, it’s best to put clothes on dogs if it’s absolutely necessary – not because it’s cute or because it will make for a good Instagram post.

This pair of pajamas was made for dogs with short hair, so Rottweilers fit right into this mix. Because of the size of the onesie, covering everything from the tail to the neck, this can be a very useful tool for keeping your dog warm during the winter. They’re very elastic and close-fitting with a high-collar neck that won’t be tightening around their throat. 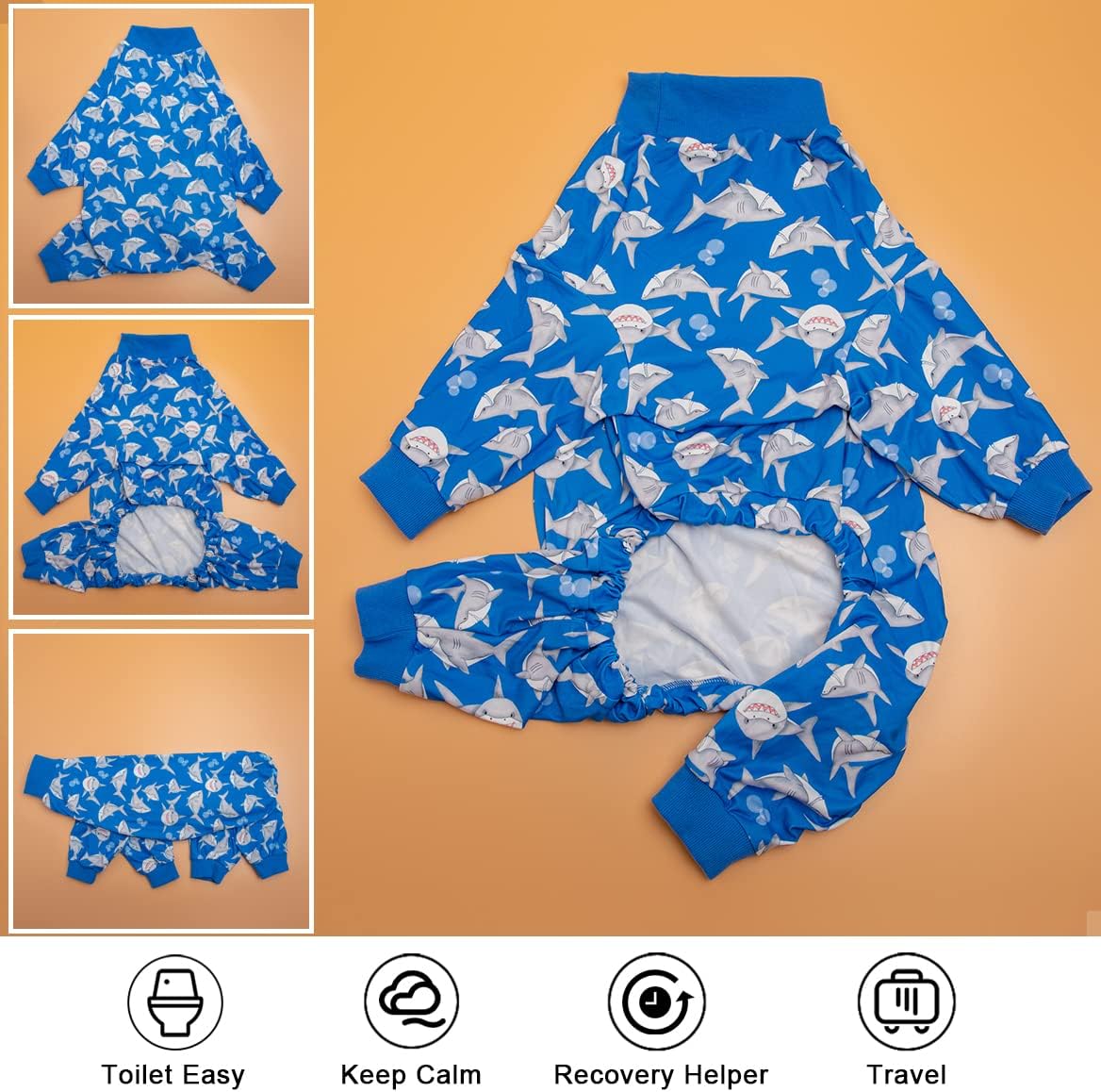 The lightweight material will not irritate the skin of your dog and the elastic design of the leg sleeves makes it easy for your dog to move without tightening. This onesie can also be very useful for post-surgery recovery, as it won’t let your dog lick the wound and mess it up. 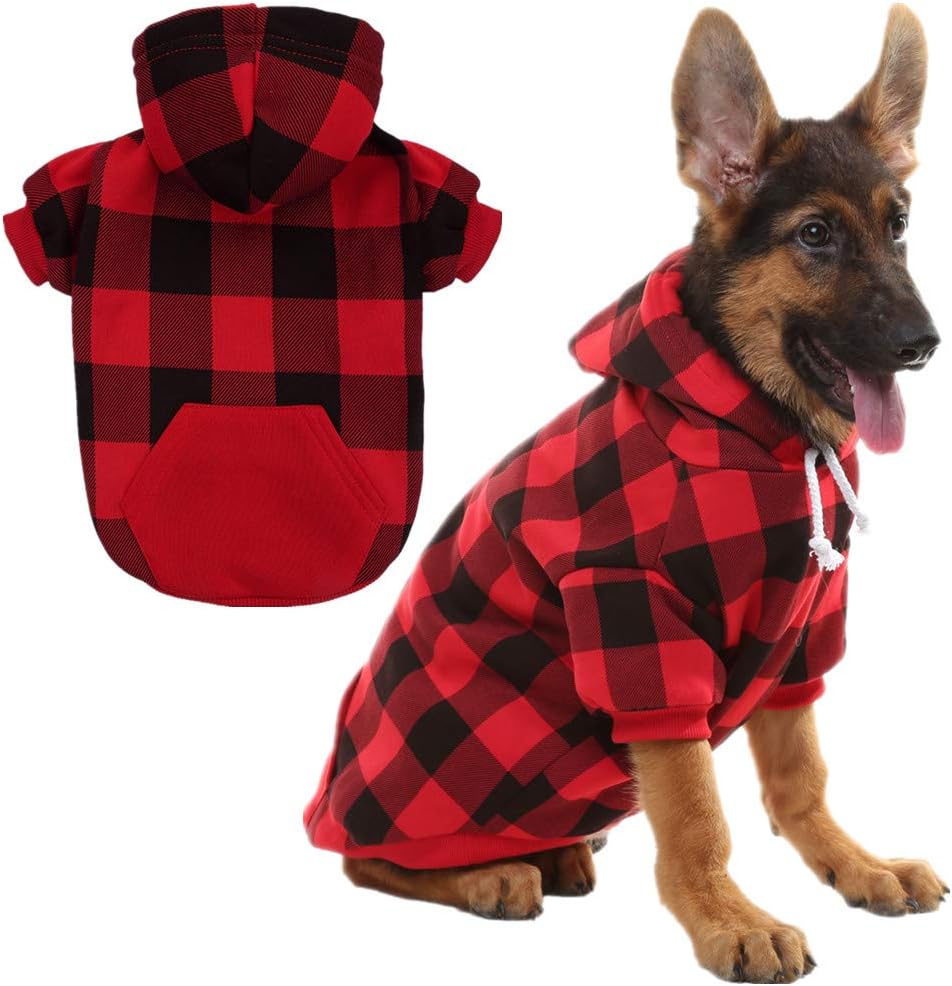 A tightening on the legs will prevent air from getting in, while it also comes with a snack bag!

The last entry on our list is a simple dog t-shirt that’s available for dogs in all sizes (so you can use it for puppies too). This shirt is soft and durable, while it’s also a wide fit so it won’t be a problem to put it on your dog. It’s also very breathable and it’s not as nearly as thick as our previous entries, so it can make for a better piece of clothing when it comes to keeping your dog from overheating! 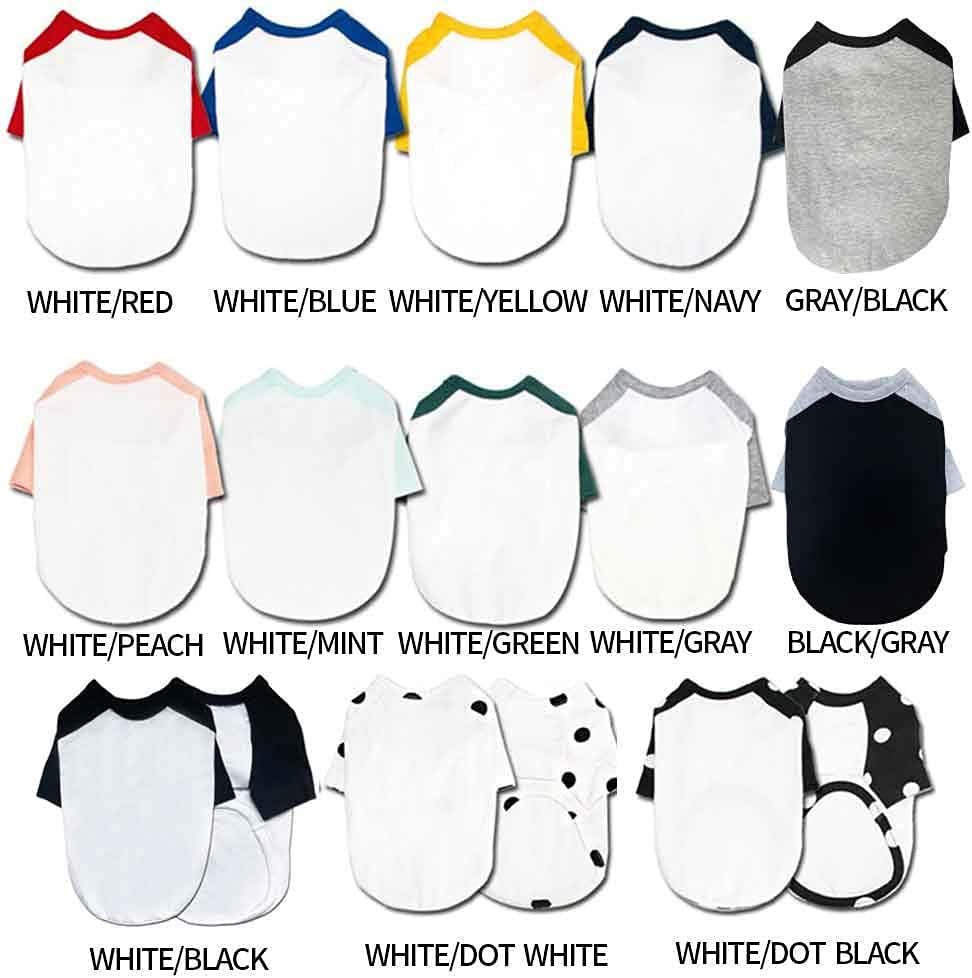 To sum up, Rottweiler clothes can be very useful if the temperatures are extremely cold – but that’s the only instance when they’re actually useful. Rottweiler pants and Rottweiler pajamas usually aren’t necessary as these dogs are accustomed to very cold temperatures and they don’t have a problem with the cold. Make sure to only dress your dog up if it’s absolutely necessary.

Read more about: What’s the Best Harness for Rottweilers